My migraines started when I was ten years old, they stopped when I started taking
Tuliv Migraine Defense. 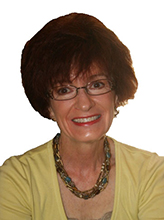 Migraines can start at anytime in your life. Stopping them  and helping you become migraine free is what we can do for you.

There is much talk today about our early work on CGRP and migraines - it is what our formula is built on. Drug companies are trying to copy us with synthetic chemical formulas - we do it naturally and unconditionally guarantee our results.

Hormones • Stress • Weather • Food • Sleep
if you get migraines because of these and other triggers,
then this product is right for you!

WOMEN: If you don't have time to read entire article now,
be certain to read this

Put an END to Chronic Migraines
and live a migraine-free life.

Migraine Defense does not contain feverfew or butterbur, rather its formula is design to naturally block the chemicals that cause migraines to provide a defense against migraines.
Ingredients

Your natural path to experiencing a migraine-free life is waiting for you.

Get Answers to Your Questions